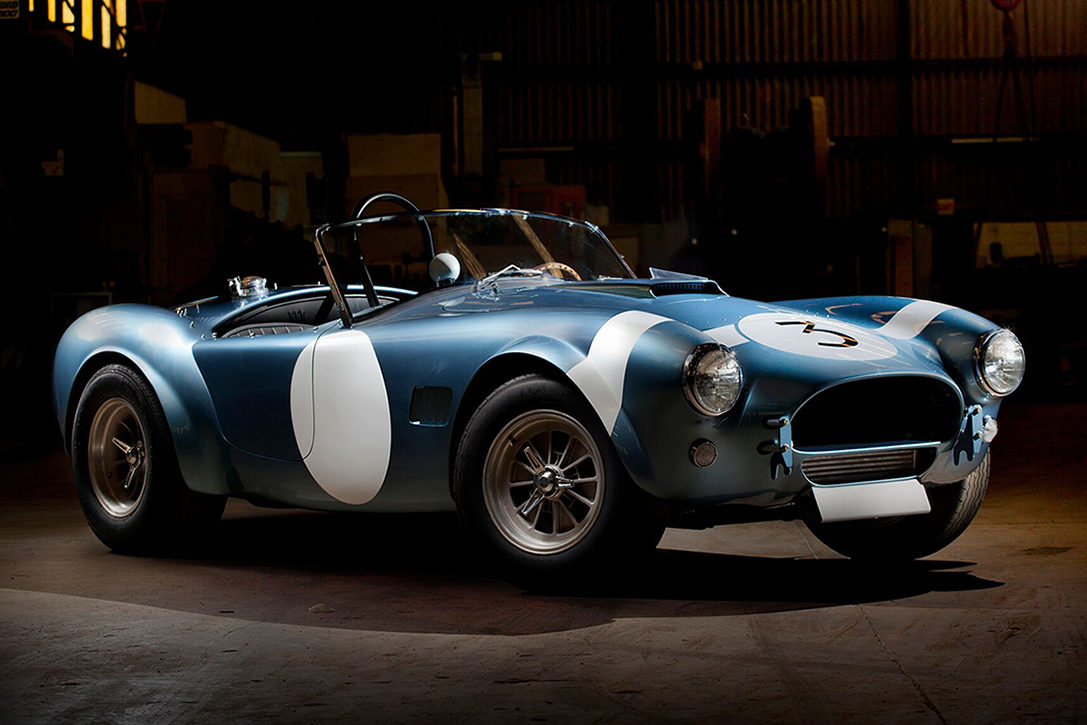 Carroll Shelby launched the original Shelby Cobra Caravan in 1965, to celebrate becoming the first American car constructor to win the FIA World Sportscar Championship in 1965. The cars toured America in their bright blue racing liveries to commemorate the historic victory. The Caravan included the Shelby Cobra, Shelby Cobra Daytona Coupe, GT40 and Mustang GT350 from the years of 1965. Now, two of those cars have been reanimated in stunning fashion by Shelby Legendary Cars: the Bondurant Limited Edition 1964 Shelby FIA Cobra and 1965 Shelby Daytona Coupe.

Shelby Legendary Cars and the Original Venice Crew, by joining forces, completed the four car collection (OVS had already recreated the ’65 Shelby GT350R). As the the official maker and distributor of Shelby Continuation Cars, SLC has now recreated two of the most illustrious Shelby pony cars ever made. The Shelby FIA Cobras and Daytona Coupes will be official continuations of the Bondurant series Shelbys – named for Bob Bondurant, who raced Shelby cars of all kinds across the European circuit. The 50 cars produced will be given true serial numbers and built with immaculate, precise loyalty to the original race cars. They will be painted in the liveries of their respective pinnacles: the Roadster CSX2345 as it appeared at the 1964 Grand Prix de Spa and 1965 Rossfeld Mountain Hill Climb, and the Daytona Coupe CSX2601 as it appeared at the Reims-Gueux Grand Prix.