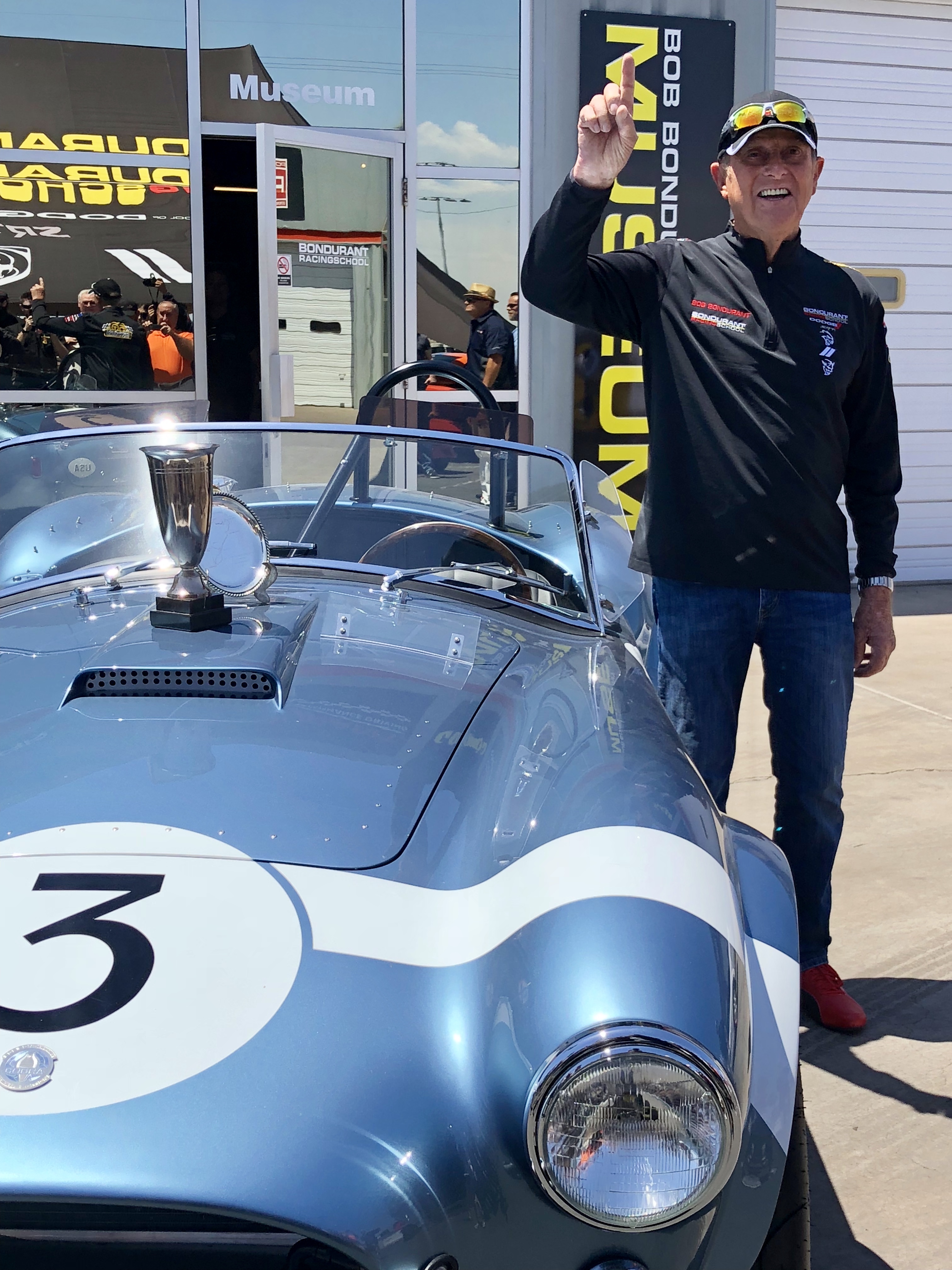 Racing hero Bob Bondurant competed in everything from motorcycles to Formula 1, winning every step of the way. One of his greatest accomplishments was helping Shelby American win the FIA World Championship driving both the FIA Cobra and Shelby Daytona Coupe versions of the legendary Shelby Cobra.

When an accident ended his driving career, Bob shared his knowledge and expertise with the world through his school and consulting. He improved the skills of thousands of drivers and provided valuable input on the development of various cars.

Over the years, Bob became a close friend of Superformance and working with him, we launched a special “Shelby CSX2000 Bondurant Tribute 289” Cobra and Daytona Coupe. These cars celebrated the famous driver’s contributions to racing and the Shelby American team. For the launch of these incredible cars Bob eagerly greeted fans at Barrett Jackson with a wide smile while sharing the history on each of the cars produced for the series; some were even lucky enough to obtain his autograph. He was so excited to relive some historic memories and share them with fans and enthusiast. (Learn more about this Tribute series at Shelby CSX2000 Bondurant Tribute 289 | Shelby Legendary Cars)

Bob was quoted as saying:

“I’m very proud to have been behind the wheel when we won the FIA World Championship on July 4, 1965. That victory was for everyone in America. I loved driving any version of the Shelby Cobra, from taking a roadster up a tough hill climb to hitting close to 200 mph or in a Coupe on one of the high-speed tracks. The Shelby American team was incredible as they made the Shelby Cobra a dominating race car.”

We will miss Bob very much, but his legacy will live on through his students, the two wonderful series of Shelby Cobras and Daytona’s as well as all the memories we share. We send our deepest condolences to Pat and the rest of his family.